Religion is for those who cannot hear the Heavenly Father 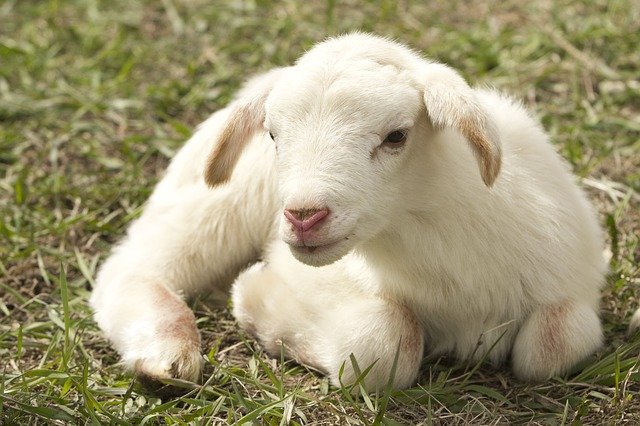 Those who cling too tightly to religion sometimes show a lack of faith in just how much the Heavenly Father is capable of. Requiring instruction in order to be righteous or to simply ‘do the right thing’ is, as the gospel says, something that is coming to an end. A generation that instead of needing religious instruction, will be able to instruct because of the purity of their relationship with the Eternal Throne of the Heavenly Father, and of the Lamb.

And they sang a new song before the throne and before the four living creatures and the elders. No one could learn the song except the 144,000 who had been redeemed from the earth.

For the Lamb at the center of the throne will be their shepherd; ‘he will lead them to springs of living water.’ ‘And God will wipe away every tear from their eyes.'”

The entire work of the Holy gospels is (to simplify) the expression of the desire of certain people to strive to be closer to the Heavenly Father. Religion in its purest form is following the will of the Heavenly Father during all of your existence. This means working for the poor, not against them. Forsaking Earthly power for a spiritual one. Engaging with your faith and to question it to bring about truth, not only about yourself but also about God.

The idea of the 144,000 in the New Testament Book of Revelations seeks to fulfill a missing link (144,000 of them) with the Kingdom of Heaven and the knowledge of the Heavenly Father. So why say religion is for those who cannot hear God? Because the Lamb of God is present and working, just as the Heavenly Father is working through ALL things.

When we remove our stubborn religious beliefs before the Heavenly Father we can be more open to being molded (as the clay we are) into something He may use. That does not mean abandon what is in your head and on your heart – NO! – you should embrace that – rather, that you should question what is really useful in your faith.

You all have enough to contemplate on the daily grind to be further burdened with specific religious requirements. For Christians reading, I am only seeking a simplified faith, and Jesus only left one commandment:

I don’t really hear, see or feel that to be honest. However, I am willing to admit that because of some of the trials I have been through with my faith and life in general, I tend to protect myself, especially from the religious. That isn’t to say that I have always done the right thing, but I hope this is enough to say sorry, and explain my particular predicament and service to Heavenly Father.

In fact, unless the Lord shortens that time of calamity, not a single person will survive. But for the sake of his chosen ones he has shortened those days.

The bible speaks of a time when we will be free of religious institutions who claim ownership of the Heavenly Father. For now I have included this clip of “Iron” by Woodkid which, by no accident features a “key” symbol, exactly like that of the symbol for the Vatican – home of the Catholic church. Sometimes visual aids are useful for instructing those who cannot hear the Heavenly Father.

The man clothed in linen, who was above the waters of the river, lifted his right hand and his left hand toward heaven, and I heard him swear by him who lives forever, saying, “It will be for a time, times and half a time. When the power of the holy people has been finally broken, all these things will be completed.”

Let the church hear and see, or does the Heavenly Father not wish for them to understand?

Make the heart of this people calloused; make their ears dull and close their eyes. Otherwise they might see with their eyes, hear with their ears, understand with their hearts, and turn and be healed.

The Heavenly Father intends for there to be new teachers, separate and outside of the Churches. It is done.

Although the Lord gives you the bread of adversity and the water of affliction, your teachers will be hidden no more; with your own eyes you will see them.

Thank you of course for Ella (Lorde) for sounding the final trumpet. Very strange that Australia and New Zealand were barely touched by Covid-19 (coronavirus). Thank you to everyone else for putting up with some of my projects while I have been waiting to finally get some writing done.

But as for me and my household, we will serve the LORD.

But the subjects of the kingdom will be thrown outside, into the darkness, where there will be weeping and gnashing of teeth.